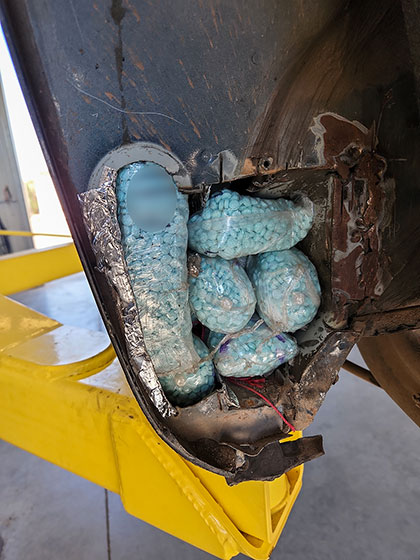 On Wednesday, August 24, 2022, an Arizona Department of Public Safety (AZDPS) trooper initiated a traffic stop on the driver of a 2010 Volkswagen Jetta sedan for moving violations on westbound Interstate 10 at milepost 226, near Red Rock. During the traffic stop, the trooper observed multiple indicators of criminal activity. A subsequent search of the vehicle led to the discovery of approximately 46 pounds of suspected fentanyl pills concealed in natural compartments within the vehicle. 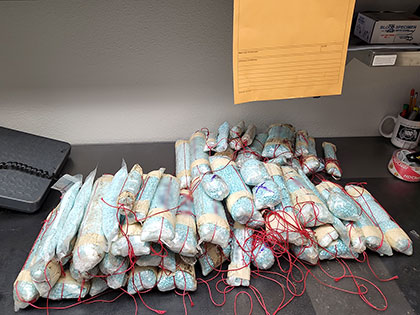 The suspect driver, 20-year-old Izayah D. Ocasio, of Phoenix, was arrested and booked into the Pinal County Jail on charges including possession, transportation, and sale of narcotic drugs.

The drugs were being smuggled from Nogales, Mexico, to the Phoenix area.   back...